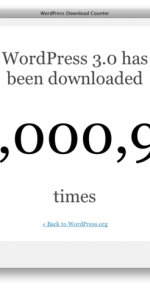 WordPress 3.0.2 has been released couple of days ago. The release fixes a security issue and some other bugs.

The security issue in the older versions of wordpress could allow author level users to gain further access on the blog. But even if you don’t have other users on your blog you should upgrade your blog to the latest version.

If your theme does not support the newer versions of wordpress you can hire me or any other wordpress developer to make your theme and plugins compatible with newer version of wordpress. But do not delay the update as you might later regret it and will have to hire someone to not only update your theme but also fixed your hacked blog or in worse case you might even lose all your precious data on your blog.

You can update automatically using the WordPress Dashboard of your blog or you can download the update and then do the manual upload. Once again if you are worried about breaking your blog you can hire me.

P.S I will soon write the step by step howto to update your wordpress installation to the latest version without breaking the blog. 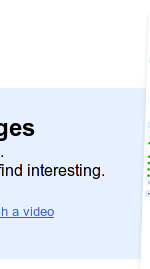 Google Buzz, the new social kid in town is very adorable and people are finding it useful. There was much of the hype created when Google first announced it that will go away and no one needs another social network. But looks like the Gmail users have proved this other wise. Not only they do use Google Buzz but they are also getting addicted to. Google Buzz which is still new and learning its way from user’s feedback to grown into a fully use social network.

After the launch Google has announced second update to Google Buzz. The biggest cry of Buzz users was that their was an auto follow setup for them, as soon as they signed up for Buzz they used to see that they are already following few people from their contact list. I myself didn’t like this feature but thanks fully Google has listened to the feedback and have stopped Auto Follow. Now the new Buzz user gets to see a list of Suggested Contacts, which the user can review and make changes to the selection to the list of people the user will follow.

Until now if you had a Google Reader or Picasa account and you signed up for Buzz, Google automatically adds those two sites to your connected sites and hence share your public shares and photos on Buzz. But users don’t like most of the auto stuff and eventually Google has to stop this auto connect feature too. Now if you want to connect your reader you can do it, but it won’t be auto connected on signup.

The new features are still not rolled out to everyone yet and will be rolled out this week. There are still many basic features missing in Google Buzz, but Google Buzz time seems to be working very hard to make every required feature available ASAP to make the Buzz experience more Buzzier. Have you signed up for Buzz yet? How was your experience? What are the new features you would like to see in Buzz?